There is a difference between a rapper and a spitter. Rappers can spit and oftentimes do so very well. However, they may struggle with breath control, writing, or one of the many traits of a spitter. Rapping is second nature to a spitter. They excel at one-takes and live performances. Their cadence bleeds desperation and desire, while their flows frequently oscillate in an unpredictable yet seamless manner. Marco Plus is a spitter to his core. His 2021 project Tha Souf Got Sum 2 Say, was one of 2021’s best releases, showcasing Marco’s versatile production choices and relentless pen. Tha Soufside Villain LP sees Marco maintaining his pension for great verses while improving his songwriting and curation. At a little under 40-minutes, sticky hooks, soulful production, and commanding bars make for a project with little to no excess.

The project’s first full track, “White Rabbit Freestyle,” balances celestial production and assertive verses in a way that only Marco Plus can. With production, courtesy of Emani, suspended flutes gradually move in and out of the mix, complemented by a sliding bass line and punchy drums. Marco is clever and poised, balancing vulnerable confessions with charismatic boasts. He says, “I used to throw xans in the Solo, watch the shit just dissolve / Now I’m getting rich with the bars.”

“Soufside Villain” is the album’s most magnetic track, utilizing a club-ready groove and one of Marco’s strongest hooks to craft the perfect title track. Turk Money and Motif Alumni lead the song’s production, using subtle bell hits and guitar wah’s to garnish the track’s spaced-out jazz chords. Marco’s writing is straightforward yet effective, persistently reminding the listener to “tell that lil boy that I’m not one of them.”

At the project’s midway point is “Skylar Diggins Interlude,” an unmistakably humorous yet elegant track. With a drumless, sample-based beat courtesy of Jonnyshipes and Triggmixedit, the track is an exercise in polarity. While understated percussion, misty bells, and delicate guitar chords help construct a mystical ambiance, Marco is as boastful, boisterous, and comical as ever.

Aside from self-assurance, the album’s prevailing themes are paranoia and a longing for hope. These are best expressed in “Painkiller,” one of the project’s most introspective tracks. Rahki’s production sets the stage for Marco with contemplative rhodes chords, sparse vocal runs, and swung drums evocative of Statik Selektah. Marco uses sharp imagery throughout, describing his daily bouts with anxiety.

Tha Soufside Villain LP juxtaposes vulnerability and conviction, sacrificing neither for the sake of the other. One of Marco’s biggest appeals is his uncompromising delivery. Many say that he raps as if his life depends on it. This project reveals that his life literally depends on rap. Despite the clear growth shown in this project, Marco does not sacrifice his authenticity or drive. Rather, he reinforces them and supplements them with strong hooks, cohesive sequencing, and stellar production choices. Tha Soufside Villain himself has evolved beyond his origin story, drafting a new arc sure to introduce more of the world to Marco Plus. 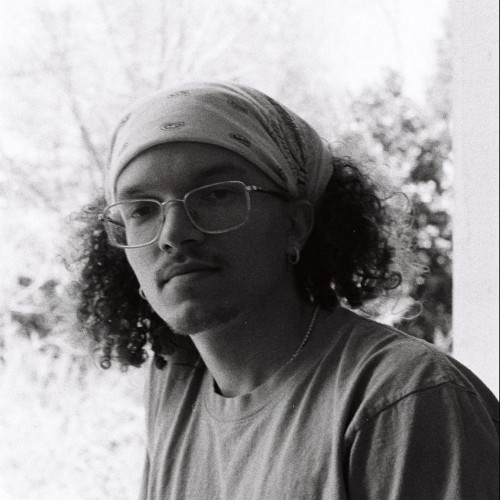 Previous article
grouptherapy.’s Jadagrace Cements Herself as an Artist to Know in “Brand New”
Next article
Student 1 Is Unfiltered and Unrestrained in New Album “OFFTHEDUST!”