Sydney-Based Beatmaker MXXWLL Discusses the 3-Year Making of, ‘SHEEESH’, and Finding Alternatives to the “Norm”

With an inspiration that is heavily entrenched in 90’s G-Funk, electro-soul, and throwback R&B, MXXWLL’s authentic signature through hard-hitting baselines and consonant chord progressions allowed him to pave a lane of his own for years now. With an array of instruments like drum-kits, tape recorders, and keyboards laying around the house throughout the early moments in his childhood, his access to such outlets laid the foundation of his now everblooming relationship with music production. Catching the attention of likable names such as Snoop Dogg and DJ Jazzy Jeff through his at-home jam sessions via Facebook back in 2016, talks of MXXWLL’s summoning sound spread like wildfire throughout the ecosystem of hip-hop which then lead him to a private studio session with Dr. Dre soon after. With a buzzing brigade of fans worldwide, MXXWLL went on to release his seamless debut mixtape ‘Beats Vol. 1′ in 2017 which showcased a lineup of spunky, yet fluid sounds that ode to the essences of old school West Coast bounce and throwback hip-hop cuts. From collaborating with producer Snakehips and Zayn on their 2016 ‘Cruel’ remix to landing production credits on Ty Dolla $ign and J Cole’s ‘Purple Emoji’ just last year, MXXWLL returned this year with his latest highly anticipated album  ‘SHEEESH’ featuring guest appearances from SiR, Aloe Blacc, Ill Camile and more. We got the opportunity to catch up a few months ago to discuss the fluid making of the album, a scope into his background as a multi-instrumentalist, along with an insight into some of his most-used production software.

What is like in Sydney right now? Has there been a huge adjustment in the climate of things regarding COVID? What are some things you’ve been doing in the midst of the madness?

Considering the scale of things, I think Sydney has to get through this time relatively ok but understandably there’s quite a bit of anxiety in the air. Australia is likely to have its borders shut for some time which for many people, musicians included, is quite a difficult thing to keep plans somewhat rolling. On a positive note, this time has definitely pushed for more creative thinking, finding alternate solutions to the norm, and finding ways to make sessions work remotely which opens up more options for future collaborative projects internationally so that’s pretty exciting. I’ve been making more content videos for Instagram which has been cool, Instagram lives especially. I figure that’s a pretty solid way to connect with people during this time, too.

When were you first introduced to production? How long have you been producing?

I started tinkering with instruments around the house when I was 4 or 5 years old. My dad had a studio in the house with a drum kit, a Tascam 4 track tape recorder, and a Roland D-50 keyboard that he would let me play with. It was cool that it never felt like a forbidden thing. I didn’t make anything tangible until I was about 10 or 11 years old but by that stage, I had been around this gear for a few years so I was pretty comfortable navigating my way around. I would make little beats on this production software that was called ReBirth RB-338. After ReBirth came and went, I switched to Reason, then there was Fruity Loops for a minute and this other one from Sony that was called Acid Pro. There’s been a few programs that I used from the time I was 10 to the time I was about 15-16 years old. Once I started messing with Cubase, I kinda just haven’t left since. It’s been my choice for years and it’s always dope to connect with someone in a session who happens to also use Cubase cause it’s not a super common choice for a DAW but it’s always been my go-to.

Being as rich in sound as you are when it comes to your production, your connection to music is very strong. Who were some of your favorite musicians to listen to or study?

Cheers, appreciate you. I guess very early on in my childhood, my dad LOVED the Beatles so subliminally that would’ve had some influence there but by the time I got to the age where I actually recall paying attention to what I was hearing, it would have been Jill Scott’s “Who Is Jill Scott?” record and Alicia Keys’ “Songs In A Minor” record. I feel like those albums heavily influenced my sound, kind of inserting me into the R&B category without realizing at the time. I listened to all kinds of stuff but those two projects were what pushed me into where I’m at this moment.

What are some of your favorite moments in your career as a producer so far? How did these experiences influence you with your work, if at all?

I think just getting into sessions with artists who inspire me and push the boundaries. Just when I think I’ve got some shit worked out, I get into a studio session and there’s a whole new level of dopeness that someone shows me they’re working on. Working with Ty Dolla Sign on the “Purple Emoji” track was a pretty big moment, was just a crazy experience all around. Putting out the project, getting my album out there was super satisfying. Seeing people react to it inspires me to want to jump back in and make the next one.

With it being 3 years since your last official album which was the Beats Vol. 1 tape, how does it feel to have your newest project ‘SHEEESH’ out now? What experiences would you say influenced your approach with this album?

It feels awesome to have it out there man, it was a minute in the making and it’s a body of work I’m really happy to have out. There wasn’t a typical approach I followed but I wanted it to be an authentic representation of what I’m creating and how I create. And in that sense, I feel like it was always going to be part beat-tape, part album. Traveling had a heavy hand in shaping how the music came about. The making of ‘SHEEESH‘ spanned over three years and during that time I lived in London a year, LA a year, and Sydney a year. It really allowed me to change shit up a whole lot. Getting inspiration from all the places we’ve gone has been really important in shaping the sound I wanted to make. I was thinking that I was going to drop something sooner than that but, it just happened to be that way. I knew that I needed to really take my time with this album and I’m stoked at how fluidly it all came together. The artists that were on the project really did their thing on the beats too, I couldn’t have asked for a doper group of features for this sound. It was new territory for me too, from making a beat tape, because I had to find the right way to incorporate each vocalist’s own sound and flavor without it sounding like a compilation record. It definitely pushed me as a producer to be more creative.

What were some of your personal highlights of putting this project together?

The people I met along the way for sure. So many truly awesome people who jumped in, whether laying a vocal or drum-track. Whatever it was, it was just added with so much fire and love for the sound. It was such an awesome thing to connect with so many different creatives and have a project born from all that energy. For example, the track “RNRN” was a pretty crazy one for me. We originally were going to sample a track for it but as it’s an old record, it was super complicated to get it cleared. It was the day before we had to upload and we still didn’t have a positive response so at that point I’m like “fuck, okay.. we gotta make something happen in 24 hours.” I ended up having to go in and remove the sample and create a whole new sample for it. I called up my homie Raquel Rodriguez who lives in Los Angeles and she laid down some dope vocals for me to chop up. I then reached out to my homie Dennis Dowlut who lives here in Sydney and he sent me some cool vocals also to chop as well. It was wild to be in the space of having to essentially remake this whole song in a day. From mixing and mastering to getting all those pieces put together, it was crazy but I feel like it was the perfect way to cross that finish line. For an album that was born out of people coming together, it was completed the same way.

The album has an array of key features from SiR, Rae Khalil, John Givez, JD Beck, Kyle Dion, etc. What was it like working with each of them in such a collaborative space, especially with you being so used to making projects by yourself?

It’s definitely different when you’re not producing music for others’ projects. The idea of a producer making an album featuring the artists is not something I think is all that common. I think ultimately the way it worked is that we were friends BEFORE we ever started working on anything together, and I feel that that foundation definitely puts a whole different spin on how it came about. When it comes to working together, it’s more of a hang out than anything else, there was never an agenda to make anything specific. What flowed, flowed. It was never on some label-oriented shit where we ever felt like we were making products.

Now that the album is out, what are you focused on now going forward?

To be real man I’ve just been diving right back in. I’m currently playing around with 3 or 4 tracks ready for the next project. I took some time to celebrate ‘SHEEESH’ coming out, and then I was back in and working on the next thing. The last few years have been non-stop focused on ‘SHEEESH‘ so there’s like a whole bunch of new energy that’s pushing me forward with making new music. I feel like I’m getting through this next one pretty quickly which really excites me. A lot of dope things happening within music right now and I’m just keen to keep creating. 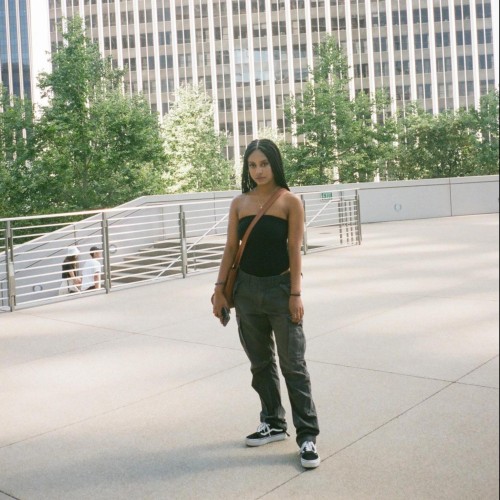 Tony Shhnow Interview: The Atlanta Rapper On His ‘Reflexions’ Album, Touring, and More