The Case For Learning Music Theory in Hip-Hop

Music Is a Science

Music is something that you can “feel” your way through. The vibration of sound affects our bodies in several ways, including the way our brains process information. As much as it’s been translated into the digital space, music theory is analog. It’s a set of mathematical rules with a bit of Physics —a way of explaining the miraculous wonder of sound as natural science.

Music theory is such an essential piece of the puzzle for anyone who makes music as a profession. At the very least, it enriches our understanding of the language we use to compose a song. You cannot make a song or effectively communicate with other musicians about a song without music theory. So that makes a basic understanding of its theoretical concepts an absolute imperative for pursuing a profession as a recording artist.

Most recording artists and producers will agree with this concept. So why are there so many music performers in Hip-Hop who couldn’t tell you the difference between a crescendo and a time signature?

In Hip-Hop, Music Theory Gets Lost in Bravado

To answer that question, first, we must consider the nature of Hip-Hop itself. Hip-Hop is a conduit of bravado and shameless conceit.  It would require a rare deal of humility for a simultaneously braggadocious rapper or producer to consider that they lack essential tools for the very thing at which they traditionally and mindlessly brag about being the best.

Second, it also makes sense when considering the increasing accessibility of music production tools and distribution channels. It’s easier than ever for a person to record any series of sounds, upload it to the internet, and share it with the world. Gone are the days of musicians being forced to sit in-studio for hours, playing instruments and transcribing music notes by hand. There are several apps for that.

Because of this, exceptionally talented recording artists and producers can make entire careers without ever so much as watching a YouTube video about musical scales. It’s honestly amazing how far technology carries the industry forward, and it also makes a career path in music that much more complicated.

The industry’s accessibility makes the pond a lot bigger and complex for a bit of fish to navigate. The saturated market makes standing out in a big way the essential part of your marketing plan. Perhaps, mastering your use of music theory is the most obvious way to set yourself apart from the crowd.

THE ULTIMATE GUIDE ON MUSIC THEORY FOR MUSICIANS WHO DISLIKE THEORY

Possessing knowledge about various musical devices, vocabulary, and notation automatically gives you an advantage. When you’re well equipped with the essential tools, you can experiment with basic patterns and rules to make extraordinary compositions. The easiest way to stand out from the crowd is to be better generally.

That means working on your musical vocabulary and familiarizing yourself with the names of notes you can audibly identify. It requires you to learn the terms of rhythmic values and memorize the pulse of different meters. As an artist, knowing the tools inside and out is how you learn to master your craft.

Of course, on the one hand, it is a daunting task to take up an independent study of music theory. The purpose, however, goes beyond just becoming more literate as a musician, and a fuller understanding of music theory makes your job easier as a performer. Reading and writing music in traditional notation is a lot like reading and writing in any other language.

At first, we learn the individual pieces (letters), then we know how to put them together (words), then we learn to recognize words without thinking about the unique sounds of each letter. Soon after, we’re able to read entire sentences at merely a glance. Music theory teaches you to become fluent in the language of sound in the same way.

Tactile Memory Can Be a Disadvantage in Music

Music artists perform their music for their fans from memory. What inexperienced performers tend to rely on when developing a stage show is tactile memory from repetitive rehearsals. Though many of us are kinetic learners, tactile memory isn’t very reliable at all. This is entirely evident in the case of stage fright. Performance anxiety can cause some people to completely freeze onstage when they cannot recall a tactile memory of their next move.

Tactile memories rely heavily on the presence of all stimuli and conditions to store and retrieve memories accurately. Your body sometimes can only memorize the correct vibrations of sound and body movement if everything is going according to plan. One simple mistake can completely disorient the performer from the entire sequence of stimuli and feedback, briefly leaving them confused and spaced out.

Harmonic memory allows us to store large pieces of music and with numerous note variations in our long-term memory with significantly more permanence. A performer can understand the basic structure of every work they perform without a music theory education background. Nevertheless, it would be easier to collaborate with the other people who help put on the show if you can communicate with standardized vocabulary. It is also easier to store long-term memories with a standardized mathematical system for organizing the information.

Understand Your Own Music Better

You want to know what it means when someone says, “Let’s go back to the Coda.” You’ll want to be able to speak to a producer, “Let’s remove the third rest from that bar and replace it with a half note.” Becoming fluent in the form that determines musical functions gives you a deeper understanding of how each puzzle piece has a purpose and artistic value.

Music theory is like math, and you have to start with the basics and build your breadth of knowledge with each new concept.  When you first begin your journey in learning, you don’t have to overwhelm yourself with advanced information. You can’t understand which notes are found in a key without first learning to “hear” the pitch of individual notes. You can’t harmonize without first understanding how intervals work between each pitch on a scale.

Some people can feel these concepts with their bodies and voices without having to study them. In the real world, however, every music artist does not have that luxury. Some people have to work for it. You can learn music theory if you make it a daily practice. Your career as a recording artist can only benefit from you being open to improvement. 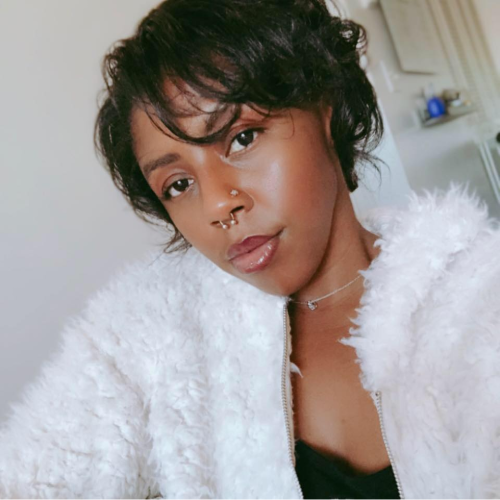