Alejandro Arellano, better known by his stage name unotimestwo, is a singer, rapper, and producer based in San Diego, CA, and Tijuana, BC, Mexico.

“Purgatorio at its core is a reflection of unotimestwo’s influence that turned him into the artist he is today.“

Artists stand at the edge of the cliff we call music and look beyond the horizon to see so many different structures built from the ruins of those before them. They see the current state of Rap, Pop, R&B, Rock—and every sub-genre that exists between them. Mainstream structures as well as underground; the entirety of music itself sits before them. And from there they pick and choose exactly where they want to go, how to get there, and everything that will come along with the journey.

When listening to Purgatorio, I constantly asked myself “If Uno was looking over this cliff, where would he point too?” When he looked over the horizon where did his eyes and his heart make his hand point towards? But after a while, I stopped asking—after a few listens I saw exactly where he was pointing. He was pointing to his OWN pathway; a map of different neighborhoods and streets he understands better than most. A road of his own with lanes wide enough for him to merge in and out of different lanes whenever he pleases.

“purgatorio”, known as “PURGATORY” in English, is the name for the place where sinners are sent to atone for their sins after death. Drawing from this definition and the story of Dante’s Inferno, unotimestwo crafted this concept alongside executive producer Gvmini.

Purgatorio at its core is a reflection of unotimestwo’s influence that turned him into the artist he is today. A stamp of an era in his career as a musician. Uno delivers the full worth of his potential into this 14-track album executively produced by graphic designer/artist Gvmini. From his Latin inspired tracks like “Amazona” and “El Solitario” to his Hip-Hop favoring tracks like “Back to Basics” and “Ruth Chris” Uno shows off his versatility with his sound jumping back and forth from genre to genre.

One thing I absolutely love about this project is Uno’s dedication to his style; there are certain songs and verses on this project that are completely in Spanish. One song, in particular, is “Indica” which stays true to its Latin nature from the production to the lyrical aspect. Or even another one of his singles “Chavos” which holds two verses completely in Spanish. That however did not take away from my experience as a listener and fan of this project. To say that I cannot feel what Uno is trying to evoke in these songs would be the equivalent of me saying I could never feel the passion and meaning put into a song if it is in a different language. Uno has crafted some of these songs to stand for a specific purpose, whether you can understand it owns not.

This is not something that Uno is new to either, as this is apart of his rapping style. To mix his perspective of rap music with his cultural influence of Latin music is exactly what is original and individual means in the 21st Century. No one is the first to do something, but putting your own unique spin on a template is what makes it yours. And Uno knows this— So if you were ever feeling like you haven’t been exposing yourself to anything new in a very long time, I would highly suggest giving this album a run through. Whether Hispanic, black, white, etc. Purgatorio is a piece of work for any and everyone to enjoy. Because no matter the difference in our nature as human beings, we will all experience purgatory.

Clocking in at 14 tracks and just around 45 minutes long, there are only 3 featured artists on this album, and all from San Diego: Hardini, Danny Rose, and Gang$ta L. Uno taps in with producers SAHARA, Tre Castro, Cuffedgod, Thursday, NOCHESS, Pana YMB, Archie Malik, DONNER, Revvy on the Beat, Marshall Did it Again, Tony De Lujo, and moneyevery to create a unique piece of work for a new year. 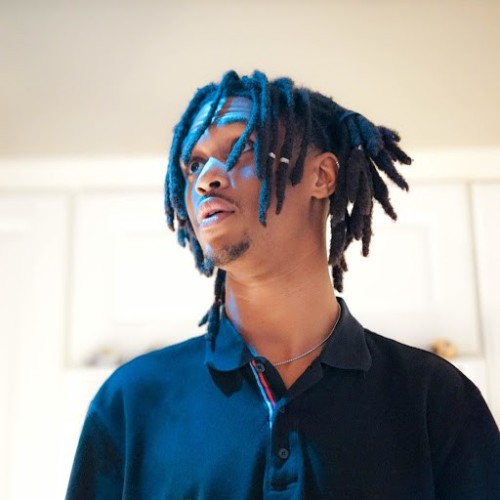